The Voice of the Wildkats • January 31, 2020 • https://wildkats.org/1844/wildkat-sports/wrestlers-prepare-for-district-with-two-duals-this-week/

Wrestlers prepare for district with two duals this week 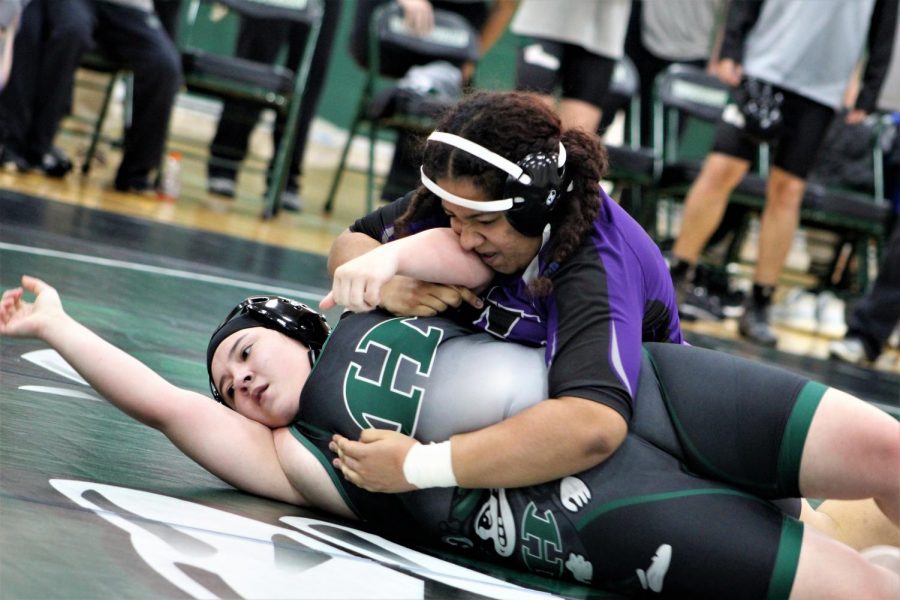 PIN IT TO WIN IT. In a rematch against a tough Huntsville opponent, freshman Yabi Paulino attempts a pin. "I had lost to her before," Paulino said. "It meant so much to have my team yelling for me."

Two duals in two days. That is a grueling schedule for any week, but for the wrestlers headed to district next week, the events were just a warm-up.

The wrestling team won against College Station Wednesday night, and then traveled to face the Huntsville team on Thursday.

“Winning last night (against Huntsville) helped give my confidence as we head into district,” junior Sammy Seppanen said. “I have beaten him before. I am ready for next week.”

It takes more than strength to win on the mat. Focus and intensity is also key.

“The matches were so intense,” sophomore Janice Maldonado said. “Sylar (Murillo), our captain faced their captain. When he competes he is so intense. He goes all in. And Ezrah’s match was awesome to watch. She wrestled up, so the girl was bigger than her. It was great.”