The Voice of the Wildkats • March 4, 2020 • https://wildkats.org/2151/around-campus/seniors-form-bond-raise-money-during-mr-wildkat/ 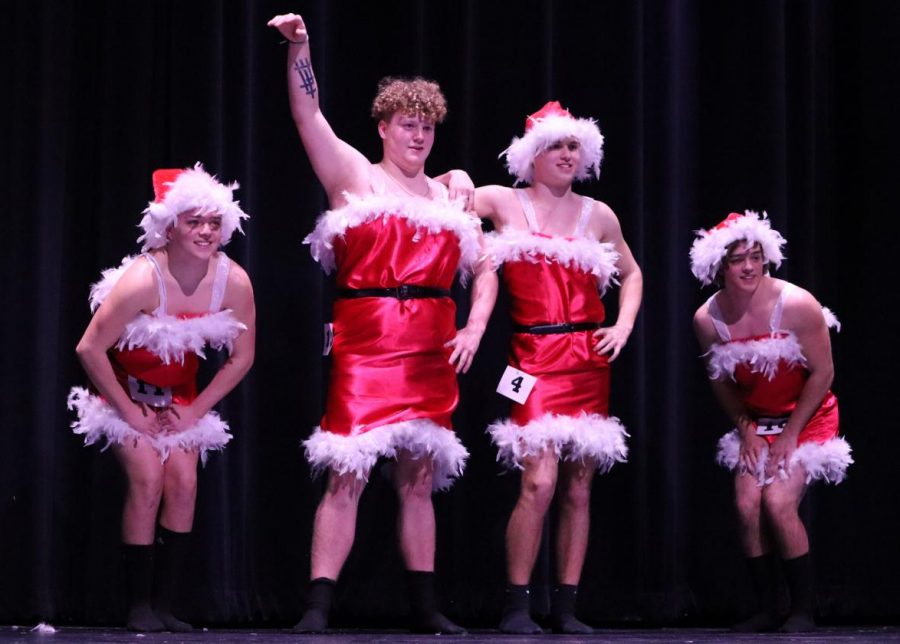 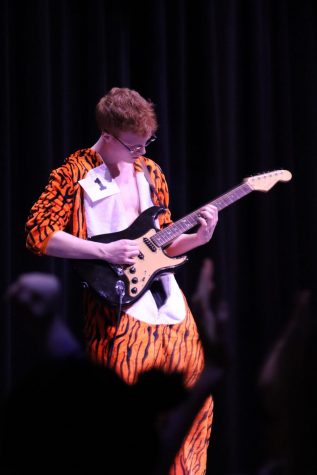 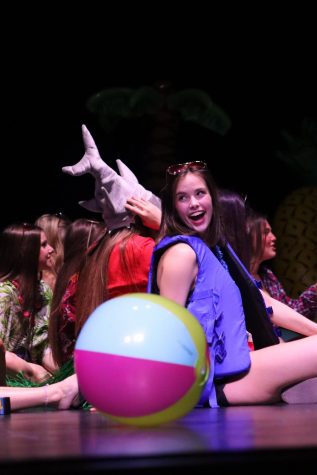 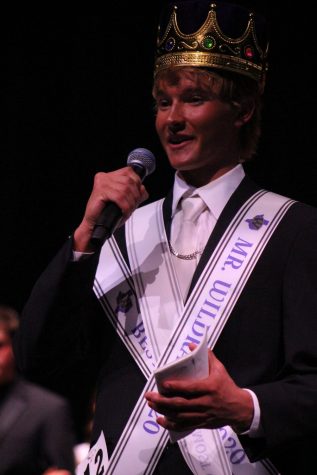 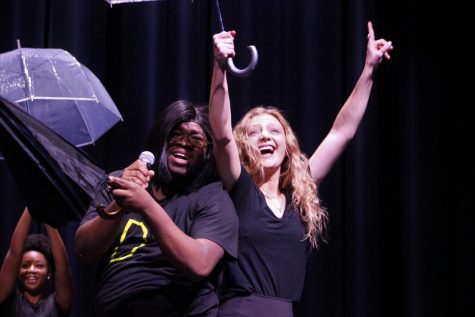 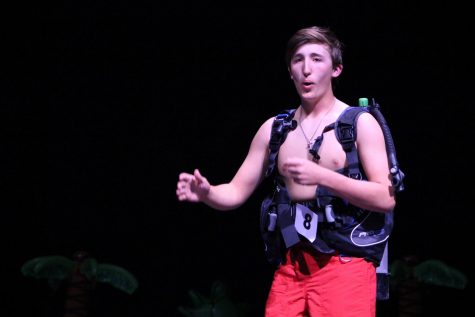 Boys wearing dresses, girls cheering for a guitarist in a tiger onesie, hoverboard and ribbon routines. In a competition full of suits and ties, evening gowns and silly acts, one senior boy will come out on top and win the title of Mr. Wildkat.

On Saturday, February 29th, the annual Mr. Wildkat show was held in the Performing Arts Center. This show is a long-standing tradition where the boys of Willis High School compete, showing off their crazy talents, in order to find out who the ultimate Mr. Wildkat will be. All ticket proceeds go towards Operation Graduation to help raise money for the senior class.

“I decided to do Mr. Wildkat so we could raise money for operation graduation and to put on a fun show with my friends,” senior Peyton Payne said.

The show consists of a talent portion, a formal-wear portion, as well as a question portion for the top five contestants. For the talent portion, students can do whatever they choose, the only catch is, they must come up with it themselves and plan the whole thing.

“I did ‘Umbrella’ by Rhianna because I was looking through lots of songs, and the girls said we should do that one,” senior Darius Johnson said. “After we picked the song, we found a mix for it. That’s when we picked the lip sync battle and choreographed the dance with the umbrellas.”

Although the show is called “Mr. Wildkat,” all senior girls are welcome to sign up and help out. They are able to compete alongside the boys with their talents and they help organize the acts backstage as the boys get ready. At the end, the girls escort their hopeful future Mr. Wildkats across the stage during the formal-wear portion.

“It is a good opportunity to hang out and meet new people,” senior Cameryn Sebastian said. “It was fun to be able to cheer and root for each other while they did their acts and to help all of them put on a good show.”

This event takes weeks to plan and prepare for. Leading up to the show, the participants are able to hold a practice every day to make sure they are prepared to show off their talents. Whether they fully practiced or not, they all were able to pull together hilarious and show-worthy acts.

“There were practices but me and Noah learned our act on the bus back from a baseball tournament,” senior Reed Hildenbrandt said. “We never really officially practiced it, we kind of just went out and did it, but we did good so it all turned out okay.”

At the end of the night, only one student received the title of Mr. Wildkat. This year’s winner of the crown was Noah Pieniazek with his choreographed hoverboard act.

“Winning was very exciting and unexpected,” senior Noah Pieniazek said. “I don’t really like being in front of large groups of people, so it showed me that I can do good even when I step out of my comfort zone.”

Although Mr. Wildkat was lots of work, it is a rewarding experience that these students will remember for the rest of their lives.

“It was my favorite high school experience by far,” senior Megan Dodson said. “The practices and show itself bonded the seniors that were apart of it, and I got to hang out with people I usually don’t get to. I got to choreograph the opening number so I felt really connected to the performance, and I was so thankful for being voted Miss Congeniality and Best Hair. Overall, the whole experience is something I am going to remember forever about senior year.”