The Voice of the Wildkats • March 12, 2020 • https://wildkats.org/2174/showcase/band-competes-with-new-percussion-group/ 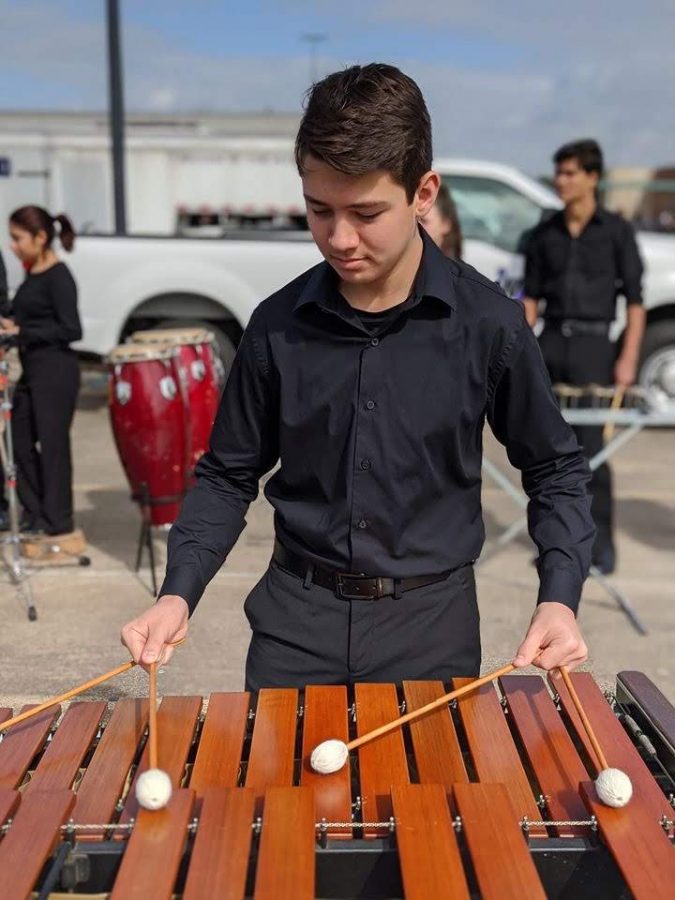 The band’s percussion section dazzles the crowd at pep rallies and football games. The sound of the drums can be felt and heard as the drum line shows off their talent and pumps the crowd up.

But the members of the drum line have found a new venue for showing off their talent and a way to develop their talent and knowledge as a percussion section. They have formed an indoor percussion group, an ensemble that plays outside of the usual band class.

“I’ve learned more technique to use in music and how to put the things we’ve learned onto the competition floor to make it an enjoyable show,” freshman Jayci Shaw said.

The percussionists have joined together in playing “World Fusion,” against other groups around them. Their next competition is coming up on March 21, after spring break.

The band is a very interactive club. Everyone has a part to play and the indoor percussion group is helping each member grow in their skills.

The indoor group of percussion has allowed members to work together as a group to learn more about one of the most demanding sections in the band because they have to be able to play multiple instruments for different performances.

“I joined the indoor ensemble because I thought it would be interesting to be a part of a new experience,” Shaw said. “It also focuses on multiple instruments, which is good practice for any percussionist.”

This new group is bringing its members closer together and is building stronger bonds between each of them.

“I would say that it has brought us closer together because it’s not split between the battery and the front ensemble,” sophomore LeoDario Mire said.

Forming a group like this takes a lot of people to commit to the challenge.

“The two instructors for the indoor group are Mr. Roberson and Mr. Masters,” sophomore Josh Brookshire said. “Mr. Allen told our percussion techs that he wanted them to start the group, and they were down for it.”

Everyone that’s a part of this group has the chance to grow and learn new skills that they can use on the football field and the concert stage.

“I’ve learned more technique to use in music and how to put the things we’ve learned onto the competition floor and make an enjoyable show,” Shaw said. “Honestly I do think that this ensemble has brought us closer together not just musically, but personally as well. It is an amazing experience for all of us involved.”