The Voice of the Wildkats • March 15, 2020 • https://wildkats.org/2209/wildkat-news/montgomery-county-fair-closes-due-to-coronavirus-pandemic/ 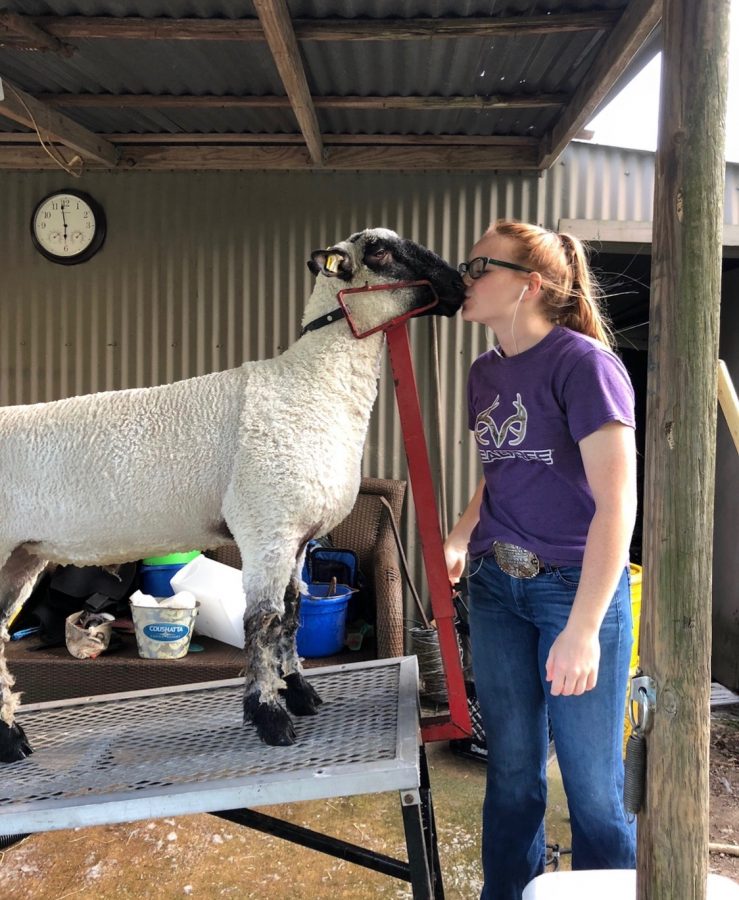 After months of preparation, junior Danae Lesner will not be able to show her lamb at MCF. 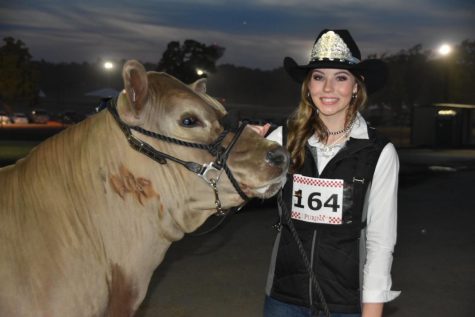 Showing pigs, baking cakes, displaying photography, perfecting handicrafts and riding carnival rides. These are just a few of the things children and adults look forward to every spring when the Montgomery County Fair opens its gates.

Exhibitors of the livestock and non-livestock shows are very distraught over the news.

“I am so upset about the fair being cancelled,” junior Kelsey Rogers said. “I understand it was for the lookout of the community’s health and safety, but we are still planning on showing our items and livestock to crowds so the cancellation only caused disruption and chaos.”

Showing animals takes a lot of time and effort, from having to work the animal to having to wake up hours before school to feed it, and with the fair being cancelled, many people are affected.

“I feel absolutely devastated knowing that the endless hours of work that I put into my project went to waste,” sophomore Jenna Dempsey said.  “My project, a goat named Tex, was one of the best showmanship goats out there. I spent months preparing him for the county fair by going to many prospect shows, winning a few buckles in the process.  When I found out the fair was cancelled, I was overwhelmed with emotions of anger, sadness and hurt. It is an experience like none other for a show kid to witness, especially that close to the finish line.”

For some juniors, the fair’s decision to cancel was devastating.

“As a fair queen candidate, and this being the only year I can run, I was pretty upset,” junior Makinzie Noska said.  “But our amazing committeemen are still trying to find a way to let us have the competition that some of us have dreamed of since we were little.”

Students in middle school, freshmen, sophomores and juniors all have other years to show, but seniors only had one more year.

“It was my last year I would have been able to show, so it is just shocking to know I would not be able to show for the last time,” senior Ethan Benson said.  “I had so much planned as far as family coming to watch me show, and to make special memories with special people at the fair.”

Montgomery County Fair not only allows students to gain scholarship money through livestock and non-livestock shows, but also through having a fair queen competition.

“The sad fact of running for fair queen is that whoever gets selected as fair queen does not have a fair to reign over,” junior Danae Lesner said.  “We’re all very upset with the situation, but we are trying to figure out a way to still have a competition and have a fair queen, but sadly the dim situation has caused many of the fellow candidates to lose hope.”

Exhibitors of the Montgomery County Fair are not the only ones upset about the cancellation of this year’s fair.

“I’m so upset about this,” senior Makeighdn Parker said.  “I love the fair and the rides. It hurts me knowing I won’t be able to enjoy it my senior year.”

The fairs cancellation might not have been everyone’s ideal choice, but many are coming together to help out the kids.

“Although it was devastating getting this kind of news it all turned out pretty well,” Noska said.  “All of the agricultural community started coming together to put on shows for all of the incredible, hardworking showmen.”

The fair’s decision to cancel this year’s events not only affected the kids, but the parents as well.

“We were very saddened when we got the news,” parent Audra Hoegemeyer said.  “It was a double whammy after getting the news the day before about the Houston Livestock Show and Rodeo being cancelled. We have two kids showing.  Hutton is a freshman, but Grace is a senior and it was her last go round at the fair, so we were especially sad for her.”

Although many people were upset when they heard the news, they are quite understanding of the reasoning behind it.

“I was devastated,” senior Grace Hoegemeyer said.  “It was quite a shock, but I know that all things happen for a reason.  I do respect the commissioners for trying to keep us safe, but I wish that we could have still figured out a way to have the fair.”

Houston Livestock Show and Rodeo had made the announcement to stop their production only a couple days before the fair made their decision.

“After Houston was shut down, I felt pretty strong our fair would not,” Lesner said.  “I thought we were invincible, but then we weren’t. It was a hard, horrible hit to take.”

Countless hours of hard work that was put into these livestock have been washed down the drain due to the COVID-19 outbreak.

“I was planning on showing a pig,” Benson said.  “It was very upsetting to me personally because of the time I spent raising my pig and getting it ready for show.”

After learning about the neutralization of the 2020 fair year, many were upset and could not comprehend the news.

“I am upset, devastated and at a loss for words,” Rogers said.  “I may be a junior, but this was my last trial run before my final chance next year.  I wanted to see how much of the hard work had paid off. I can’t begin to fathom how the seniors feel if I feel like this.”

As a senior and last year’s reigning fair queen, the news of the cancellation was especially hard on Hoegemeyer.

“I have had a great year as the Montgomery County Fair Queen, and I am so thankful for the opportunities I have had thus far,” Hoegemeyer said.  “It is upsetting that I do not have the chance to continue to bond with the 2020 queen candidates and pass on my crown. I had already begun to think of my farewell speech, and it is quite a bummer that I will never have the opportunity to give it.”

The exhibitors are not the only ones who are out of luck with the cancellation of the fair this year.

“Although I was heartbroken for every exhibitor, I was extremely sad for those kids who normally aren’t involved in much more,” Noska said. “I had worked on Sunshine Day last year, and I saw the impact this day made on the kids.  They truly felt like they fit in and like they could accomplish anything. The smiles on their faces when they walked through the doors was incredible. Those kids taught me more about myself and helped me find the enjoyment of giving back to others.”

This not only affects students showing one on one in livestock, but also in the Ag. Mechanics department too.

“I was planning on attending the fair as well as entering the BBQ pit trailer I spent weeks on,” sophomore Nick Pate said.  “It is extremely disappointing that my team and I cannot compete this year.”

Seniors know when their last time for everything will come, but with COVID-19 running amok, cancellations have caused them to realize their last chance will not get to happen.

“I was never planning on not having my senior year at the fair,” Hoegemeyer said.  “I wish that I would have savored the moments I had at county last year more.”

Montgomery County Fair is more than just another event to put in the calendar.

“Ever since I moved to Willis, this fair has been an integral part of my life,” Lesner said.  “It gave me a family, the chance to create lifelong friends and the ability to experience things that you never had in the city.  It took the breath out of me honestly.”