The Voice of the Wildkats • September 14, 2020 • https://wildkats.org/2697/wildkat-entertainment/theaters-open-up-with-new-releases-classics/ 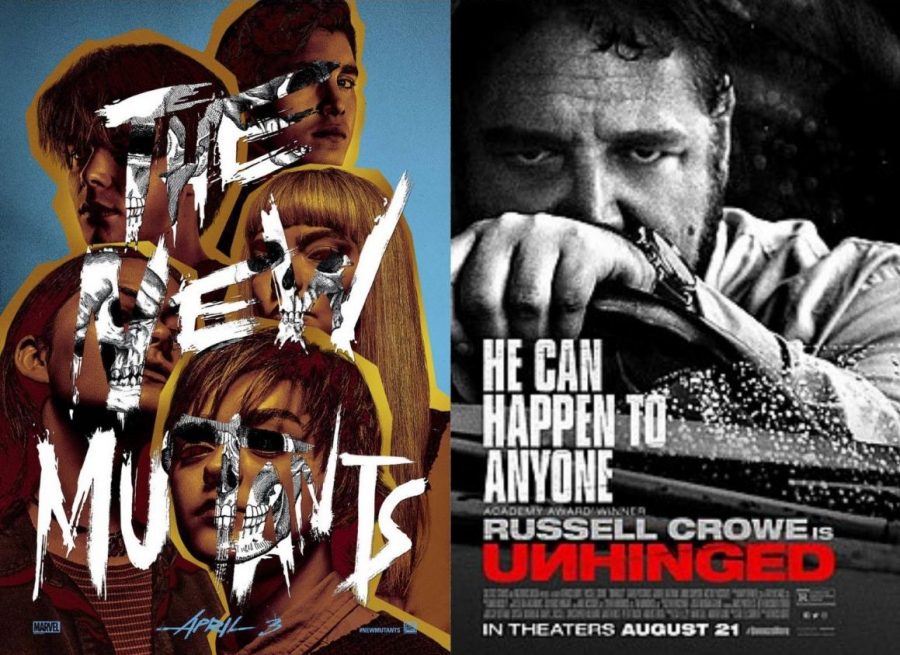 BACK TO THE SHOW. Movie theaters are slowly reopening. Movie goers can catch new movies including The New Mutants and Unhinged. Some classics are also returning to the big screen during the reopening.

Slowly but surely the world is reopening. Many businesses went through a rough patch during the widespread quarantine, and the movie theaters took one of the hardest hits of all. A lot of production companies have pushed back the release dates for their films and movie goers are reluctant to enter the theaters, but new movies are starting to trickle back onto the big screen. Cinemas are also playing old films as well to give audiences a chance to relive some of their favorites in the theater.

One of the newest releases is The New Mutants. The film was set to release in 2018 but faced some challenges so it was pushed back to March of 2020 and then Corona hit. Six months later the PG 13 film was released and is having a hard time with the critics, but it’s been more popular with the audience. The plot of the story is that five teenagers are in a facility due to their abilities and they have to move past their difference to deal with a shocking turn of events. The movie had a slow start and there were several creepy scenes, but there were also some appreciated and unexpected plot twists that left the audience intrigued.

Another film that’s made its way onto the big screen recently is Unhinged. The rated R film has dealt with it’s own problems due to the pandemic and hasn’t received the best reviews either but if you’re looking for a thriller, this is the one to see. The Russell Crowe film is about a divorced man with a large road rage problem that commits several gruesome acts of violence. The film puts you on the edge of your seat and has high intensity moments throughout the film that will make you think twice about honking at a stranger.

If none of the latest motion pictures seem attractive, maybe an old release is a good option if you’re looking for a chance to get out of the house. The replays vary from theater to theater, but it’s worth the time to see if any of the old classics are playing like the Goonies or Jurassic Park.