The Voice of the Wildkats • January 19, 2021 • https://wildkats.org/3661/wildkat-sports/after-covids-cancellation-spring-sports-ready-for-competition/ 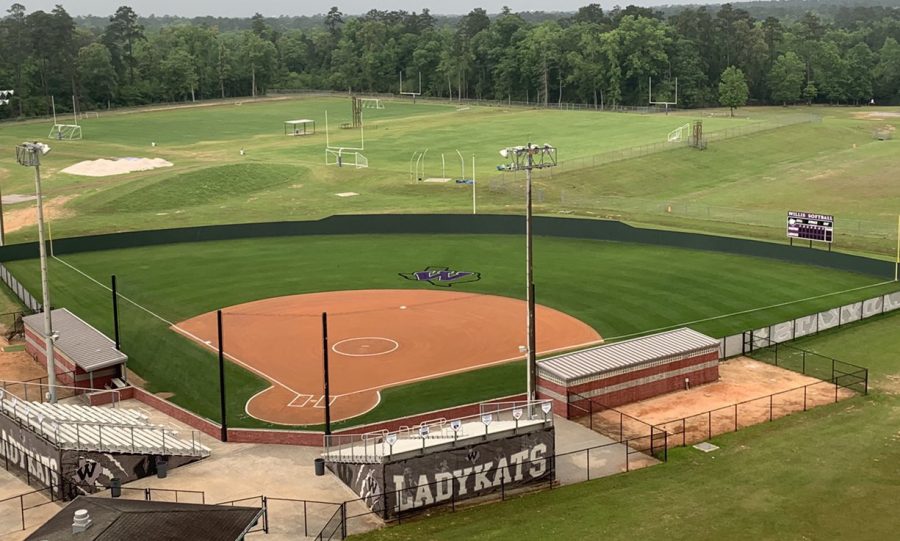 READY FOR ACTION. Shelly Field, home of the softball team, is ready for play. Spring sports including softball, baseball, golf, tennis and track are practicing and holding tryouts in preparation of the spring season.

COVID. Cancellations. One whole year has passed. Obstacles – there were many, but the wait is finally over.

Baseball, tennis, golf, wrestling, and softball are all highly anticipated sports starting this spring. Teams are currently preparing for their season after COVID cut them short last year.

“We don’t officially start until the 22nd, so the players are getting a little antsy,” baseball coach James Propst said. “They know we are getting close, but we still can’t practice after school. They are ready to start now! With our season being cut short last year, many of our players haven’t been in an organized competitive game since last March. They are eager to get back on the field and play against another team.”

Golf has been busy competing and practicing all year which serves as strong preparation for their culminating district tournament later this year.

“The golf team season is year round so we have been competing and practicing since the beginning of school,” golf coach Les Peacock said. “However there is a bit more of an excitement during the spring due to the fact that we are preparing for our district tournament in April.”

Coaches dedicate a lot of time to ensure that their players have a large capacity for their upcoming season.

“Our off-season program has been pretty much the same as it has been in the past,” Propst said. “Throughout the fall we were hitting the weight room hard and worked to get our arms in shape. Now that we have returned from break, we are working on getting our legs underneath us as well as pushing cardio. We are also able to practice on the field on a more regular basis since returning from the break so that adds to the excitement of the season.”

Players are excited for the start of the season, but know that they have to practice how they will play.

“We’ve been working on about anything and everything for this season,” softball player Hannah Hartman said. “We’ve gone to the weight room to build our strength, we’ve gone out to the track to build up our endurance, we’ve done partner workouts so we can push through for each other, and we’ve been playing softball to stay sharp and ready for the game.”

Tennis is a demanding sport that requires the players to focus on their preparation for this season.

“Tennis is a lifelong, year round sport,” tennis coach Lisa Parrott said. “We have been preparing with drills that help them know how to hit the ball with varying strokes, when and where to hit during play, and conditioning.”

Players are important to a sport, but at the start of a new season fans also have the opportunity to immerse themselves in the world of sports.

“The biggest way to support our baseball program is to show up to the games and get loud in the stands,” Propst said. “Over the last few years I believe our crowds have grown, but we would love to see more students in the stands! Our field is located next to Yates Stadium and our home games will start in March.”