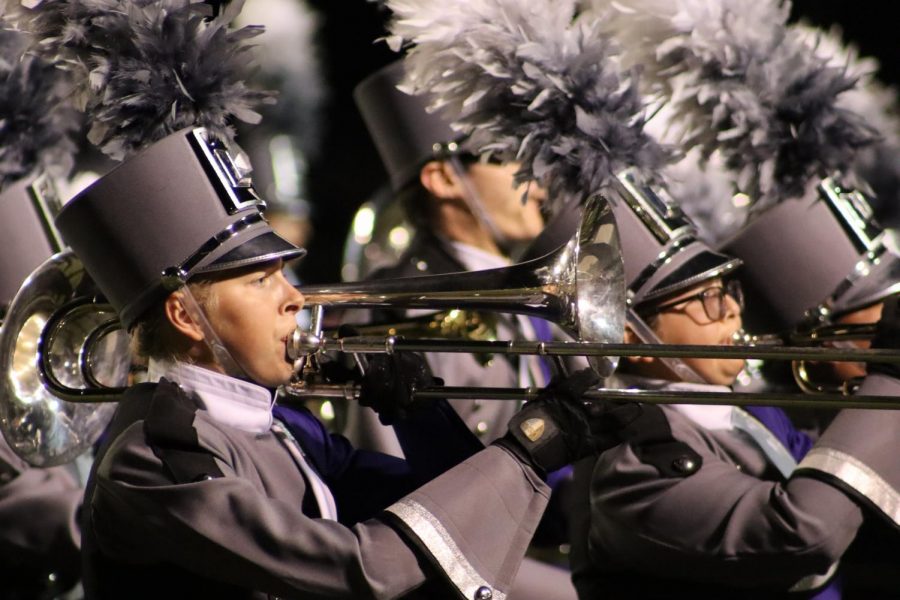 Gallery|18 Photos
photo or infographic by Caleigh Nabors
Members of the Wildkat Band performed for the community on Sunday night at Berton A Yates Stadium. The area champs will compete at the UIL State meet in San Antonio on November 4-5, 2019.

The crowd filled the stands of Berton A. Yates Stadium as the crisp fall air blew the signs filled with encouragement taped on the stands.  The signs read sentiments like Area Champs, Small Town, Big Dreams and We Love You.

The scene looks like every football stadium around Texas in the fall, but the crowd is not waiting for the football team to charge the field like a normal Friday Night Lights experience. Instead the hundreds of fans are there to cheer for the award-winning Wildkat band.

The band held a send-off performance on Sunday night for the community and parents. Hundreds of fans filled the stadium to support the band before their trip to state in San Antonio on Monday.

“A lot of people showed up,” junior Hope Flores said. “With all the loud cheering from the stands, band felt the love.”

The band earned their ticket to the state meet by placing first in area on October 26 in Galena Park.

“I feel good seeing that one of our programs is making it far to state,” senior Edgar Alvarado said. “I wish them the best. Seeing them perform was great, and I think they will do great at state.”

The band made history two years ago by qualifying for state for the first time in the school’s history. The opportunity to qualify for state occurs every other year for the band. Going back to state has been a goal for the band since they started rehearsal on their show in August.

“From the beginning we have been working towards getting our fundamentals right in order to perform the show to the best of our ability,” senior Maddie Raney said.

People from across the community were proud to show up and show support for the band.

“The Willis High School Band put on a phenomenal show last night that kept me on my toes as a listened and watched,” sophomore Esabella Garcia said. “It made me proud to be Wilkat.”

For the color guard and band members on the field, the crowd and their reaction made the evening special and memorable.

“The send off was amazing,” senior Ariel Alvarado. “There were a lot of people in the crowd who came to support the band and the color guard. The enormous amount of applause we got gave me chills. At that moment I felt really accomplished to see how far we have come from day zero to now. It made me tear up a little bit to see how much our hard work has paid off.” 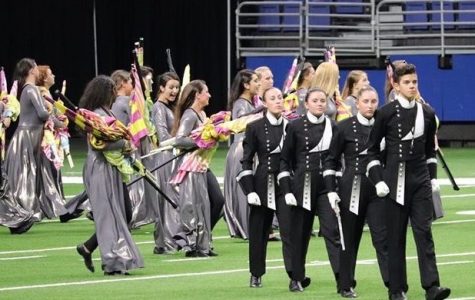 Marching band has come to an end and the band and guard will be going their separate ways. Band will start concert season and guard will still be in their competitive season. It is time to say goodbye to Expanding Spaces. Before school even started, the band and guard were already practicing their show. Learning the drill, music and choreography in 100 plus degree weather was just part of the strug... 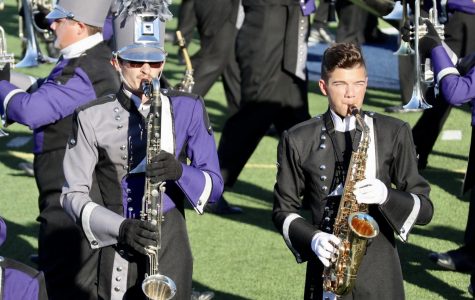 The band will continue their odyssey to the state competition at Galena Park at the 5-A Area I UIL competition on Saturday. The band performed on Tuesday at Woodforest Bank Stadium,  earned a Sweepstakes rating and qualified for area. It has been a long journey for the band. Tuesday's performance and Sweepstakes ratings was the result of hours and hours of work. The month of October has been bu...

Making their way up the ranks, the marching band got second place in the 5A division and and first place for general effect on September 28, 2019. It was the first of many contests on the schedule this fall.  “It felt really great to be back on the field,” junior Jeremy McCrorey said. “It was fun performing with all my friends again.” This is also a big year for the band because its ...