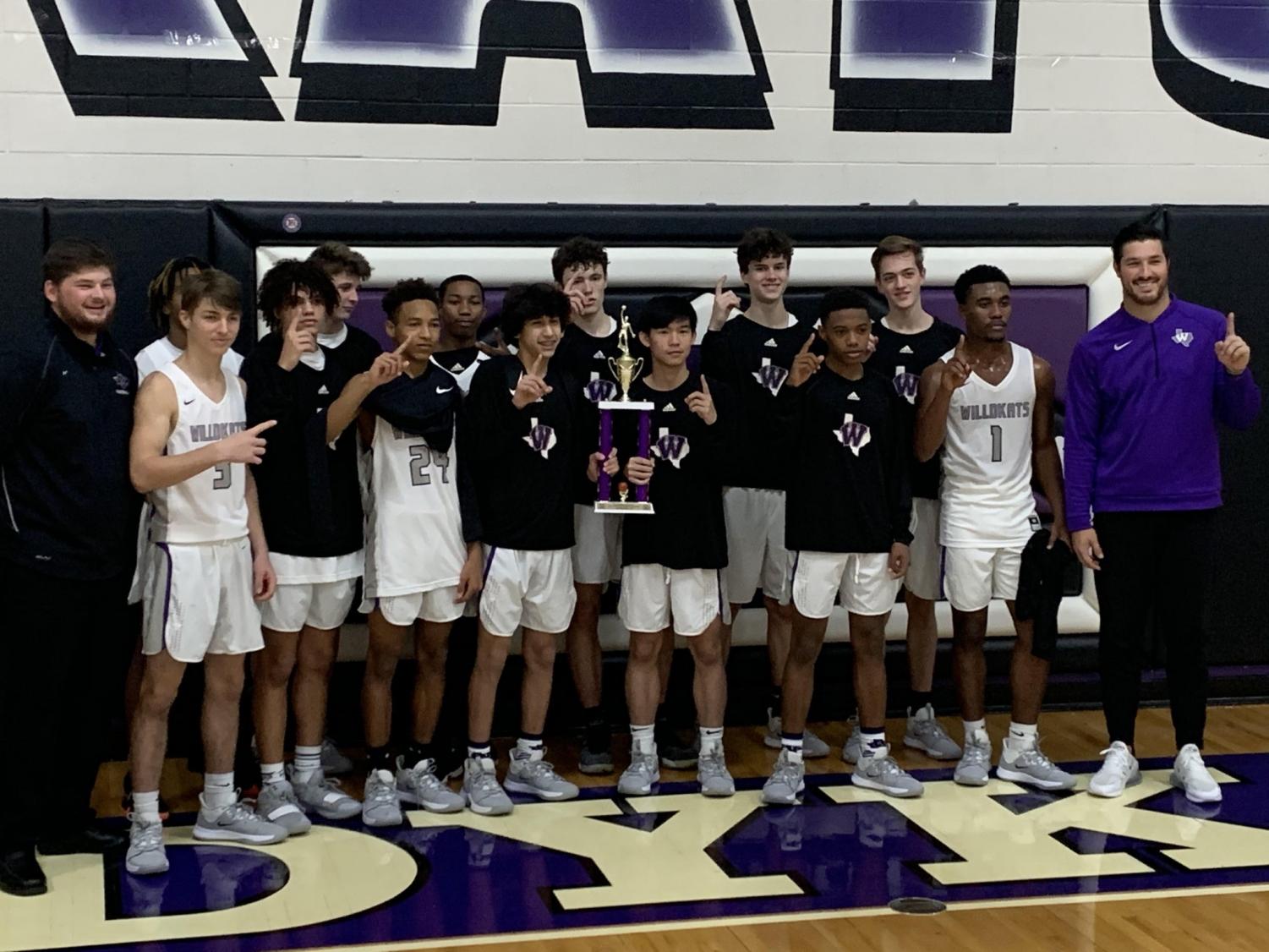 CHAMPIONS. Members of the JV team celebrate after winning their home tournament on Saturday. (photo or infographic by courtesy photo)

CHAMPIONS. Members of the JV team celebrate after winning their home tournament on Saturday.

Double over time victory against Conroe brings energy to team

In the second game of the tournament, the boys went into double over time eventually pulling out the win.

“We felt very accomplished beating our future 6A rivals in a double overtime thriller and we brought that energy into the next games,” junior Jamal Maxey said.

The game against Conroe was a big challenge but the team continued to keep up their energy.

“Throughout the entire game we had ups and downs, but we kept pushing harder and that made us come together as a team. We accomplished big things,” sophomore Jamarcus Johnson said.

“Just playing a solid team made the night difficult but we kept pushing through the hard times to end the night with a win.” sophomore Evan Holder said.

Winning their two games on Thursday brought them to the championship bracket on Saturday.

“I think that winning the first couple games helped our teams morale motivating us and making us want to get better and win the tournament,” sophomore Cooper York said.

The feelings of satisfaction and happiness overwhelmed the team after the win on Saturday.

“It felt great, and I can’t give enough credit to my team for working everyday. They are the real stars,” sophomore Jacob Simms said. “They push you to be the best everyday, and when you put your blood, sweat and tears into something, it makes it so much better to win at the end.”

Strategy is key to winning against the bigger teams.

“We know we may not be the best basketball players but we used our speed and athleticism to outwork the other teams,” York said.

In the end, it was teamwork that kept the games alive.

“It was a great team win, and all around play by the team,” sophomore Jadarius Brown said. “Everyone put in work towards the win and we work hard daily at practice for the win and want to continue winning throughout the season to get our main goal of district champions.”