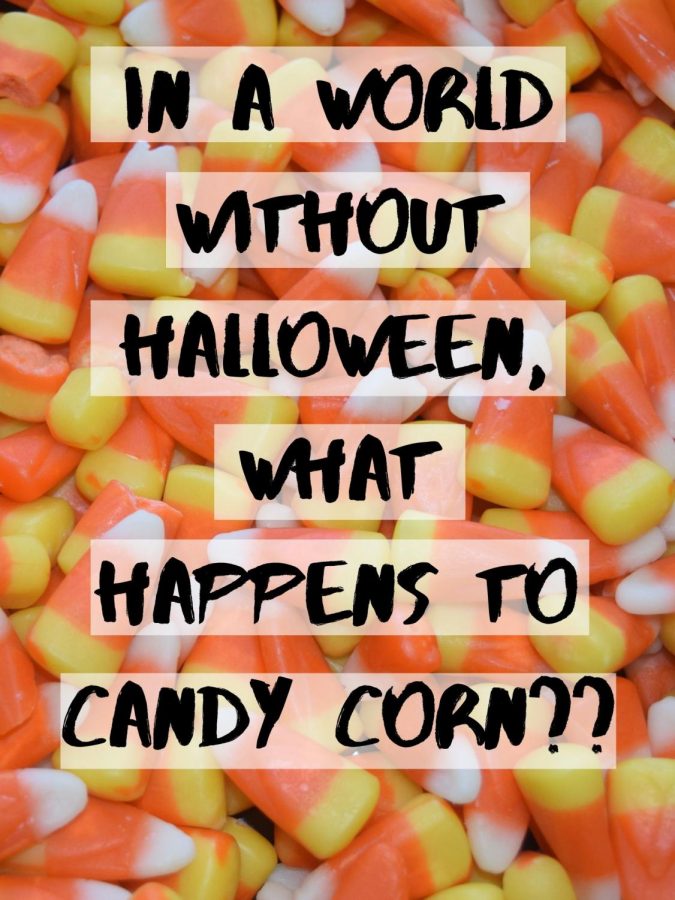 photo or infographic by Heather Jackson

SWEET AND CORNY. In a world without Halloween, what happens to candy corn? The CDC’s guidelines may hamper Halloween fun this year, but many students feel the holiday is too important to go away.

Halloween about more than tricks and treats

How do you feel about candy corn?

It is October 31st, the year is 2080. Little kids don’t put on their favorite costumes. Teenagers don’t think about all the scary pranks they could pull or the parties they could go to. Parents don’t worry about their kids going out for the night.  Adults don’t buy candy to pass out. October 31st is just like any other day of the year. No one decorates with spooky, scary skeletons or jack o’lanterns.  No one thinks of the last minute details they could add to their costumes. No one does this because Halloween is a distant memory.

With the CDC recommendations released on September 21 essentially cancelling Halloween, the future of the holiday is in jeopardy. 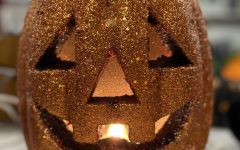 Trick or treating gets candy crushed by CDC

“It would be peculiar if we did not have Halloween because I have grown up with it and have many good memories from it, so without it, young children and parents could not have similar experiences,” senior Megan LeBlanc said.

Although some people do not mind what happens to Halloween, they do care about what it means to other people.

“I personally wouldn’t really care if it were to be cancelled, but since some people really do love Halloween, I wouldn’t want them to miss their favorite holiday,” senior Emily Perez said. “For me, a world without Halloween wouldn’t really make much of a difference, but for people who love it, I feel like it wouldn’t be as much of a fun world for them. They would really miss having their favorite holiday.”

Halloween can be a safe holiday if people take precautions.

“I feel we shouldn’t prevent it from happening, instead prepare for it and be safe about how we move forward with it,” junior Nicholas Pate said.

Sometimes deciding how to spend the holidays depends on younger siblings.

“It’s my youngest brothers’ favorite holiday and what baby wants, baby gets, so we are most likely going to go trick or treating,” senior Cynthia Moreno said.

Even though Halloween is a holiday, it is not treated like Christmas or Thanksgiving, where people get the holiday off.

“I unfortunately am not going to be trick or treating this year because this year I am planning on giving out candy at my job,” junior Elisa Gomez said.

Sometimes the feeling that Halloween is coming up is not evoked by decorating or talking about it.

“Simply walking around Halloween stores like Spirit gives me nostalgia and a feeling of excitement,” senior Bailey Gordy said.

However, there are some concerns about how this holiday season should be celebrated.

Just because there is a lot going on in the world right now, it does not mean that festivities should be cancelled, but maybe just taken down a level.

“I understand the worries, so maybe this year the festivities should die down, but for the love of God do not cancel it,” Gordy said.

“Yes, we are still going to give out candy and decorate like usual because Halloween is a family tradition with mine and my best friends’ family,” senior Tyler Heffernan said.

Even though the world can influence what people think or do, it is still everyone’s personal decision as to what they want to do.

“I think it’s important for people to stay safe and it’s definitely everyone’s individual decision to do what’s best for their family, given their circumstances, but I don’t think it should be cancelled altogether,” chemistry teacher Lindsay Carey said. “It would be a long few months until the fun of November and December. Halloween gives up something to look forward to in the fall, especially the month of October and the anticipation that leads up to the 31st.”

Getting candy from trick or treating is not what all the hype is about.

“I think that Halloween is mainly about being able to dress up as anything or anyone you want, all while getting to hang out with friends or family,” Perez said. “Receiving candy is just a bonus.

“I don’t think Halloween should be a holiday that we never do again because even though it is one of the smaller holidays, it still brings the community together and I think that’s what matters,” Gomez said. “For this reason, I don’t think Halloween should be cancelled because knowing that I have had my fun collecting candy and trading them, I would want the same for the younger kids.”

Even if people do not celebrate it every single year, they still appreciate the holiday.

“I haven’t been trick or treating in a few years now, but while I haven’t celebrated it conventionally for personal reasons, it’s just as enjoyable to me,” Gordy said. “It’s one of those I look forward to all year.”

Even if people are not at their own homes, they will still participate in handing out goodies.

“We will probably be with friends at their house, but will have candy to hand out to trick or treaters,” Carey said.

Halloween is not about this or that, it is about everything everyone does as a whole during the holiday.

“Halloween is about both trick or treating and having parties and dressing up, because all of those characteristics are what make Halloween so great,” LeBlanc said.

If Halloween was to disappear from the world, everything that represents it would not just disappear with it, so they would just sit there without a purpose.

“I don’t think it’s importance has gone down, so much as people’s awareness of how important it really is. It’s being taken for granted,” Gordy said. “And the movies that I grew up on, like “Hocus Pocus”, anything Tim Burton, would no longer serve a purpose. They’d always be there, but that special feeling of curling up on the couch with friends on a Halloween night would be completely gone.”

Even though trick or treating is a big part of Halloween, not all neighborhoods have little kids.

“I will not give out candy because my neighborhood does not have very many children and the candy is very expensive,” LeBlanc said.

Even though it is a widely celebrated holiday, the timing is not so great.

“Yes, it is a bit of a scary holiday and the time of day we celebrate it isn’t the best time, but despite all that, it makes many people laugh and have a great time,” Gomez said.

Just like Valentine’s Day, candy manufacturers make a lot of money with sales.

“It would definitely be less fun without Halloween, and a lot of company’s make money off of the holiday,” Baron said.

Just like birthday or Christmas parties, anyone has something to look forward to for Halloween parties.

“Dressing up, socializing, and parties, though I’ve never been to one, are something I think people look forward to without even realizing it,” Gordy said.

Even though it is a smaller holiday, it has a big impact on children when they are younger.

“I think it would be hard to convince kids that Halloween is cancelled forever – they really enjoy the whole experience,” Carey said. “We have never done a lot, but we definitely participate and they would miss it if we cancelled. It’s such a small window of their childhood where kids get to enjoy the experience of Halloween, so I don’t want them to miss out on that.”

The holiday is like having a masquerade ball, people can dress up and wear masks and no one cares.

“It would be very sad if no one had Halloween,” Moreno said. “It’s one day where we can dress up and be whoever we want for a night without judgement.”

Even for students who want to feel the Halloween spirit, it’s hard because society does not decorate as much as if it was Christmas or Thanksgiving.

“I do recognize Halloween is no longer as big of a deal as it was when I was little, even in a span of 17 years there’s been a noticeable decline of decorations,” Gordy said.

Halloween is a holiday that people can anticipate after summer, but before Thanksgiving or Christmas.

“Without Halloween, I think the fall would be a lot less fun and we wouldn’t look forward to it as much,” Heffernan said.

Valentine’s Day is more so for adults than children, but Halloween is especially for the children.

“In one way or another, it’s one of those few holidays that specifically caters to youth,” Gordy said. “They can embody those they look up to most, and satisfy that urge to just be unique.”

With the world-wide pandemic going on right now, people really need a holiday so they can just go out and have fun, and Halloween is that holiday.

“I really don’t know many people, of my age, that don’t enjoy celebrating Halloween in some way,” Carey said. “Even if you aren’t into haunted houses and scary stuff, Halloween is a fun way to celebrate and have fun with friends. I think we all need a little bit more of this right now.”

Some students strongly feel that Halloween is a tradition that should continue.

“We should definitely continue to celebrate Halloween because so many little kids would miss out,” freshman Kaley Hall said.

Unlike other holidays, Halloween does not center around family togetherness.

“Halloween is about something different,” Gordy said. “Being someone different.  Seeing things different to our reality, things that don’t exist. It’s about friends, not family-based like Christmas, Easter, Thanksgiving or just about every other holiday.”

Whereas other holidays are to celebrate the good in the world, Halloween celebrates a different aspect of society.

“I believe not only me, but plenty of other people would miss Halloween because the world needs a balance of dark and light,” Gomez said. “We have Christmas and we gather together surrounded by white lights, reindeer, warm cookies and milk, but we also need Halloween where the surroundings are a whole different story. Dark orange lights, skeletons, tons of candy, and costumes. Halloween has a different meaning to different people.”