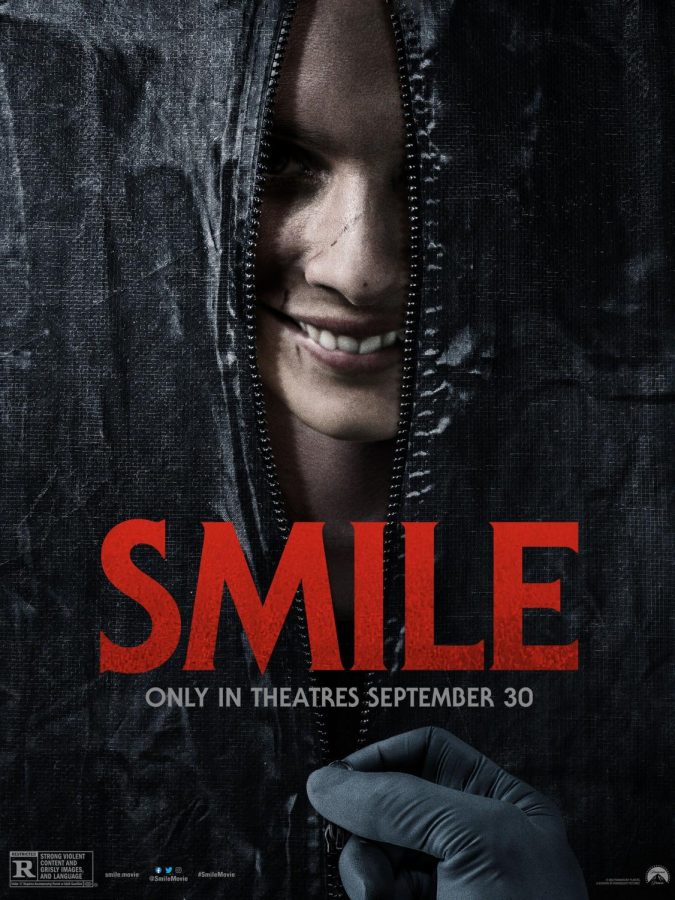 photo or infographic by courtesy of Paramount

ALL SMILES. This movie is a perfect example of psychological horror for mature audiences. It twists reality and causes confusion, causing someone to question reality after they leave theaters

The new 2022 film “Smile” directed by Parker Finn is an American horror and psychological horror film. The movie is based off of the short film “Laura Hasn’t Slept.” It has now been considered one of the scariest movies of the year as the main character goes on a journey to figure out how to make the delusions of figures smiling creepily in the room go away.

The movie starts out with a woman, Dr. Rose Cotter, who works at a hospital as a therapist for trauma. In fact, she is very good at her job and excels in everything she does. Until one day, she sees a patient by the name of Laura. Her patient describes seeing visuals of people she knows smiling at her with an unsettling vibe. However, Dr. Cotter believes that she is only hallucinating and making up the images. Her effort to help Laura fails when her patient starts acting hysterical, causing her to make a phone call. As she turns around, she sees Laura smiling at her, holding a piece of broken ceramic from the flower pot that fell off the table. Laura then takes the shard and slices her face open.

As the movie progresses into the next couple of scenes, Dr. Cotter suddenly starts feeling unsettled and eventually starts seeing the smiling figures her patient would talk about. Confused by assuming it’s paranoia and hallucinations, no one believed her when she would talk about what she was witnessing. This cycle continues, but she decides to try to figure out how to get rid of these images she is seeing. Unfortunately, the images she sees become worse and worse, causing people to think she is a psychotic maniac.

This movie is a perfect example of psychological horror for mature audiences. It twists reality and causes confusion, causing someone to question reality after they leave theaters. The movie was really well made and would be perfect for someone who really wants to add a mental scare to the spooky season.